The patron of the Union is an outstanding Gdańsk scientist, Daniel Gabriel Fahrenheit – a physicist, engineer, the creator of a temperature scale and the inventor of the mercury thermometer. He is an excellent example of synergy between the potential of medical and engineering sciences and academic traditions.

Daniel Gabriel Fahrenheit, a physicist and engineer, the creator of a temperature scale and the inventor of the mercury thermometer, was born on 24 May 1686 in Gdańsk in a merchant family. His father, Daniel Fahrenheit, was involved in maritime trade, and his mother, Concordia née Schumann, came from a well-known family of Gdańsk entrepreneurs.

Daniel Gabriel Fahrenheit studied at St Mary's School in Gdańsk and at the Academic Gymnasium, one of the most outstanding Protestant schools in Europe. After his parents' sudden and mysterious death in 1701, he was sent by his guardians to Amsterdam. There he practised in merchants’ offices, and privately studied physics and conducted experiments with temperature and pressure measuring instruments. He stayed in Gdańsk briefly in 1710 and again in 1712, when, together with Paweł Pater, a professor of the Gdańsk Gymnasium, he conducted experiments on temperature and pressure meter construction. He continued this work in Dresden in 1714, while working in a glass factory. Around 1715, he was the first in the world to use mercury in thermometers. 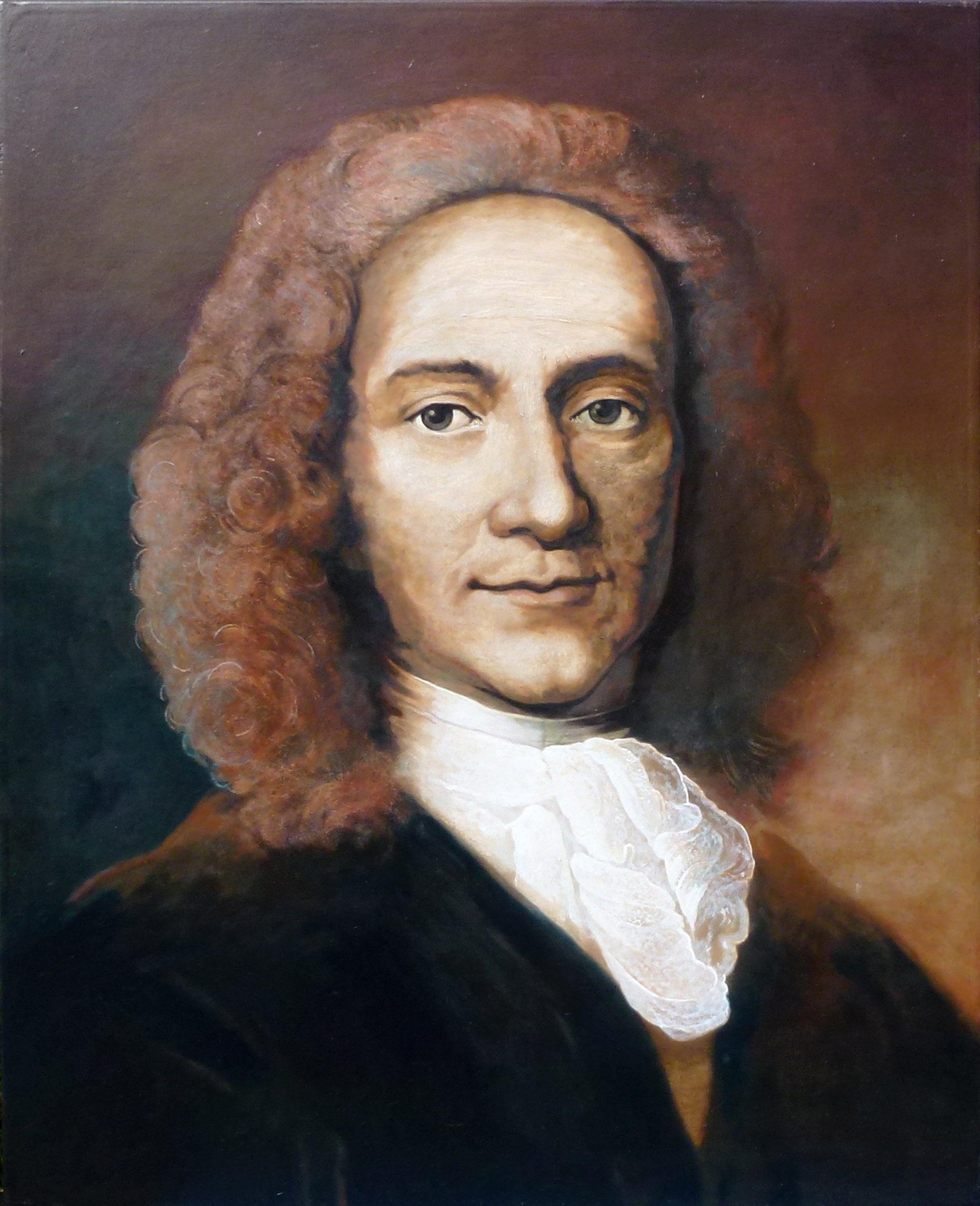 Image of Daniel Fahrenheit developed by scientists from Gdańsk University of Technology. ​Painting by Piotr Józefowicz.

In 1721 he described water supercooling, proved the dependence of the boiling point of water on pressure, described the properties of platinum and, being involved in optics, improved the Newtonian telescope. In the journal of the Royal Scientific Society in London, of which he was a member, he published the results of the many years of his research on a new design of a thermometer, barometer and aerometer (a liquid density meter) in 1724.

In 1725 he developed a thermometric scale named after him. The thermometer with a scale invented by Fahrenheit is still used today in Anglo-Saxon countries.
Only two of the thermometers made by him have survived to the present times in the collection of the Boerhaave Museum in Leiden. Until 1945, the so-called Fahrenheit thermometer dating back to 1752, lost at the end of World War II, was presented in the Artus Court in Gdańsk.

At Long Market in Gdańsk (at the corner of Mieszczańska Street) on 30 October 2008 the enlarged copy of the thermometer, the so-called Fahrenheit Meteorological Column (designed by Hanna Klementowska and made by Jan Szczypek) was erected: in the 3 m high column, stylised as a 17th century one, there is a closed cabinet with a 1.2 m high thermometer with the Fahrenheit and Celsius temperature scales next to it.

Since 2005, the city of Gdańsk has been awarding an annual scholarship named after Daniel Gabriel Fahrenheit to the best high school graduates, which covers the costs of studies abroad in part or as a whole.

The Gdańsk Pesa Swing 120NaG tram number 1015 and the c3 carillon bell of the Main Town Hall in Gdańsk are named after Daniel Gabriel Fahrenheit. He is also the patron of one of the roofed yards of the Main Building of the Gdańsk University of Technology.

The algorithm belongs to the family of the so-called genetic algorithms. In this particular case, the operations come down to combining and modifying the visual features of the face with the use of the morphing technique, which is known from computer animations, and of the transformation model. Out of all the solutions generated, the best ones are selected on the basis of the corresponding values, the so-called fitness function. In the case of our algorithm, in order to compare the portraits processed, the fitness function uses the eigenfaces algorithm, used in computer face recognition.
More information available here.