Fahrenheit Universities 3x3 is a team built with the most important 3x3 basketball tournaments only in Poland, but also worldwide in mind. Team members include players with top and first league experience, who have successfully played at 3x3 basketball courts for years.

The team's captain is Mateusz Bierwagen. In the team, he will be accompanied by Kacper Młynarski, Mateusz Kostrzewski and Kamil Gruszecki appearing in the Energa Basket League, by Arkadiusz Kobus, Wojciech Pisarczyk, Michał Wojtyński, Mikołaj Stopierzyński and Wojciech Fraś – the players of the Suzuki 1 Men’s League, as well as by Piotr Śmigielski, the MVP of the 1 Men’s League main season, who has recently advanced to the EBL. The team will also comprise students of the Fahrenheit Union member universities. Stefan Marchlewski will represent the Gdańsk University of Technology and the University of Gdańsk, and the Medical University of Gdańsk will be represented by Kacper Szuszkiewicz. 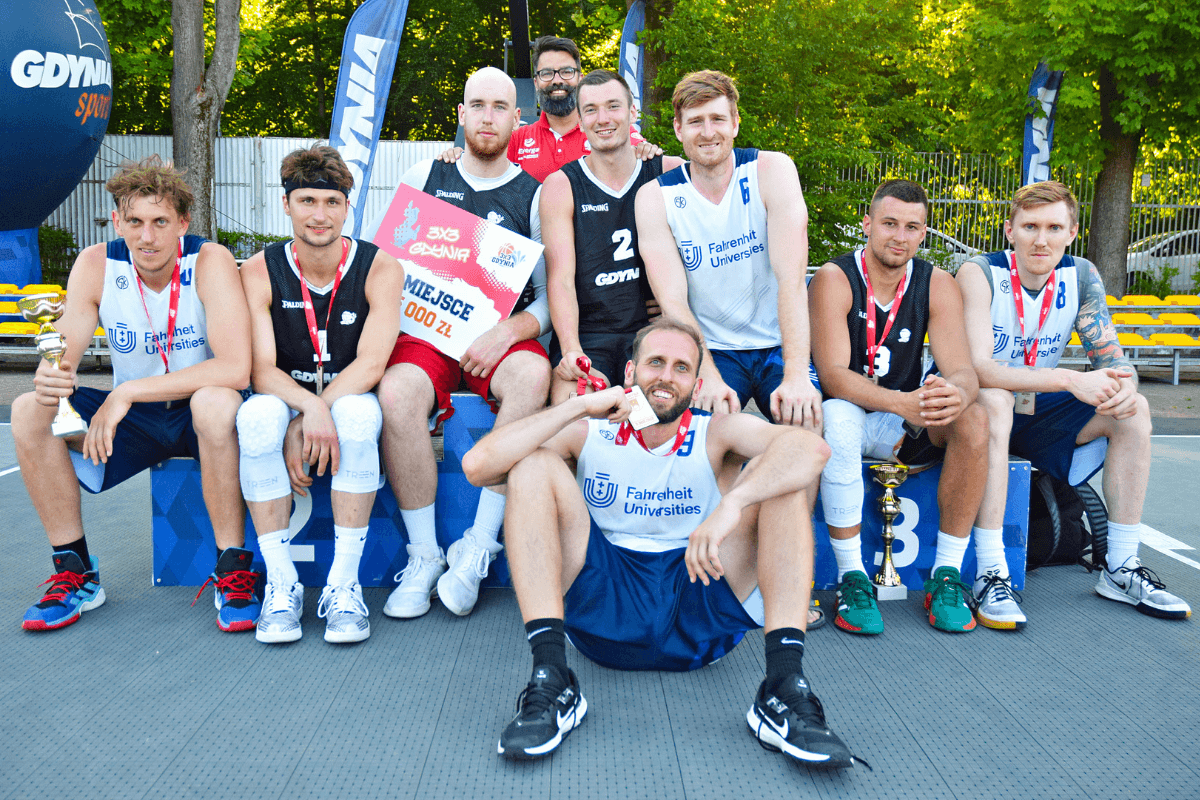 The composition of Fahrenheit Universities 3x3 is not final, however. The situation is changing dynamically from tournament to tournament, and more players will be joining the team.

The team would not be able to exist without its coaching staff. This project is supervised by: Connected with the Gdańsk University of Technology on a daily basis, Piotr Renkiel and Kazimierz Rozwadowski, the coaches of the Poland Senior and U23 national teams, ensure the 3x3 team's highest possible coaching level in Poland.

FarU 3x3 Gdańsk players will fine-tune their form at the facilities of the GUT Academic Sport Centre. Training will be supervised by the Polish 3x3 national team’s physiologist, Tomasz Gabryś.

Since the beginning of June 2021, Fahrenheit Universities 3x3 teams have been taking part in competitions in Poland and elsewhere in Europe. The team’s objective is to win the Polish Champion’s title and advance to the World Tour.

The team's activity may be tracked at https://www.facebook.com/FahrenheitUniversities3x3