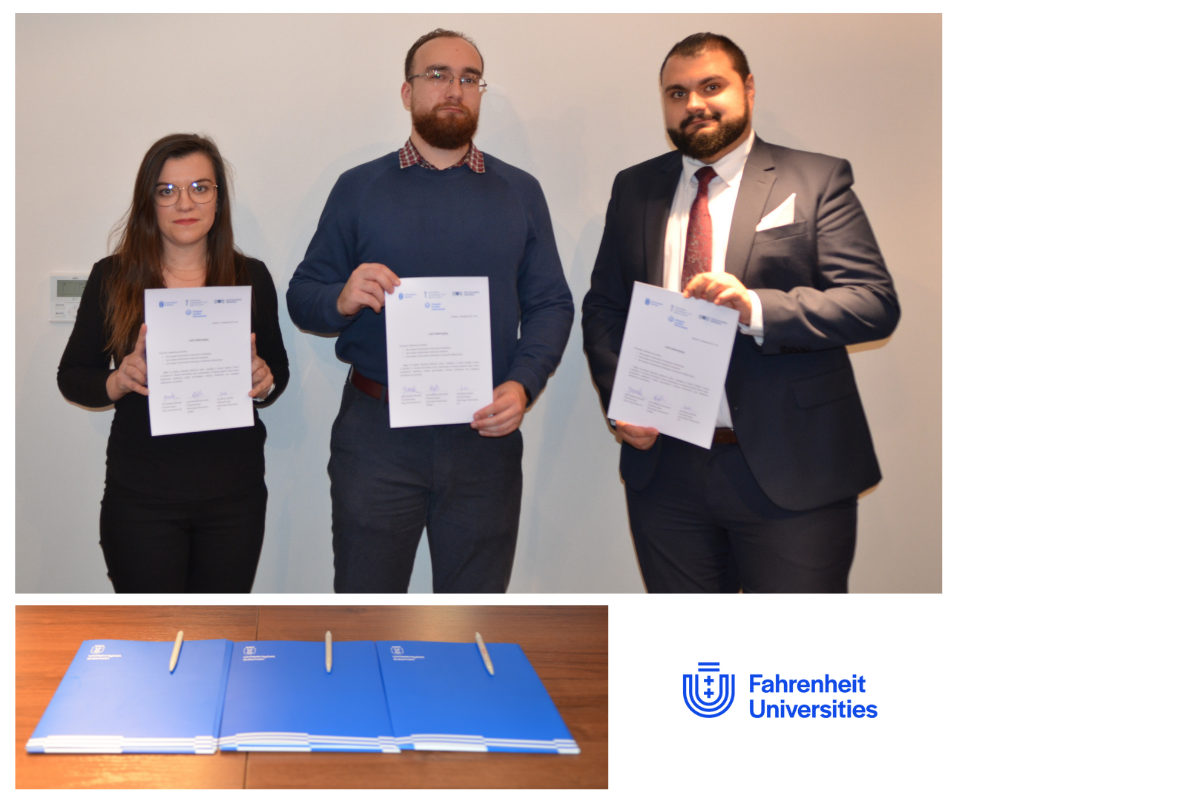 The meeting, which took place on 04/11/2021 at the University of Gdańsk, was opened by the Deputy Rector for Students’ Affairs and Education Quality, Arnold Kłonczyński, Associate Professor, who emphasised the value of cooperation between FarU universities and of interaction between young researchers. The Chairman of the UG Ph.D. Students’ Council, Sebastian Barczak, M.A., mentioned the current cooperation with the members of academic communities of the universities making up the FarU. He stressed the symbolic significance of establishing contact between Ph.D. students. 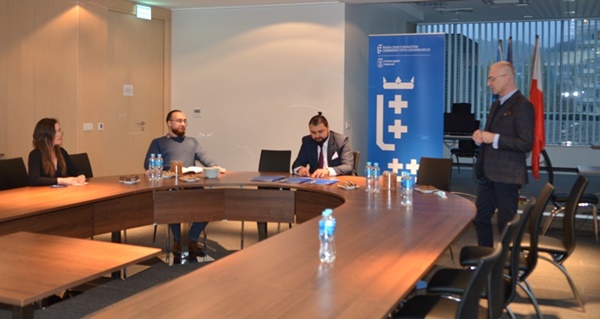 The Chairman of the Gdańsk Tech Council of the Ph.D. Students’ Self-Government, Maciej Jasiński, M.A., noted that Ph.D. students from the various universities have been cooperating on an ongoing basis. He highlighted the potential of sharing experience in disciplines that are only conducted at one FarU university and the possibilities of dissemination of achievements in these disciplines at the other universities.

In the later part of the discussion, issues related to academic cooperation, institutional solutions for counteraction against discrimination or even the organisation of joint sports events were raised.

The representatives of the self-governments signed the letter of intent, which will certainly become the basis for further cooperation.

The representatives of the Ph.D. students’ self-governments signed a letter of intent on cooperation

CyberRadar is a contactless device enabling medics to safely monitor the patients’ respiration.

The FarU Post will officially start operating on 2 November 2021